The sculpture that exists to be destroyed  —  creation by destruction.
Artistic-therapeutic action.

Enormous, geometric block of styrofoam undergoes the process of destruction. Each participant/receiver is given an opportunity to destroy it in a way of his choice – it could be scratching, pulling, hitting, kicking, poking holes or even big corridors in the block. Geometric object is slowly becoming a massive organic structure in the course of the process. The shape and appearance modifies. Part of the solid material is turning into fleeting particles and bits that now cover the area of the gallery.

This project is an attempt to tame and familiarize destruction  —  by facing it both physically and personally. It is an attempt of changing its negative connotations to the positive ones. After all, destruction is a natural process that brings evolution, progress and development. Only the one created by the humankind brings the fear and suffering. 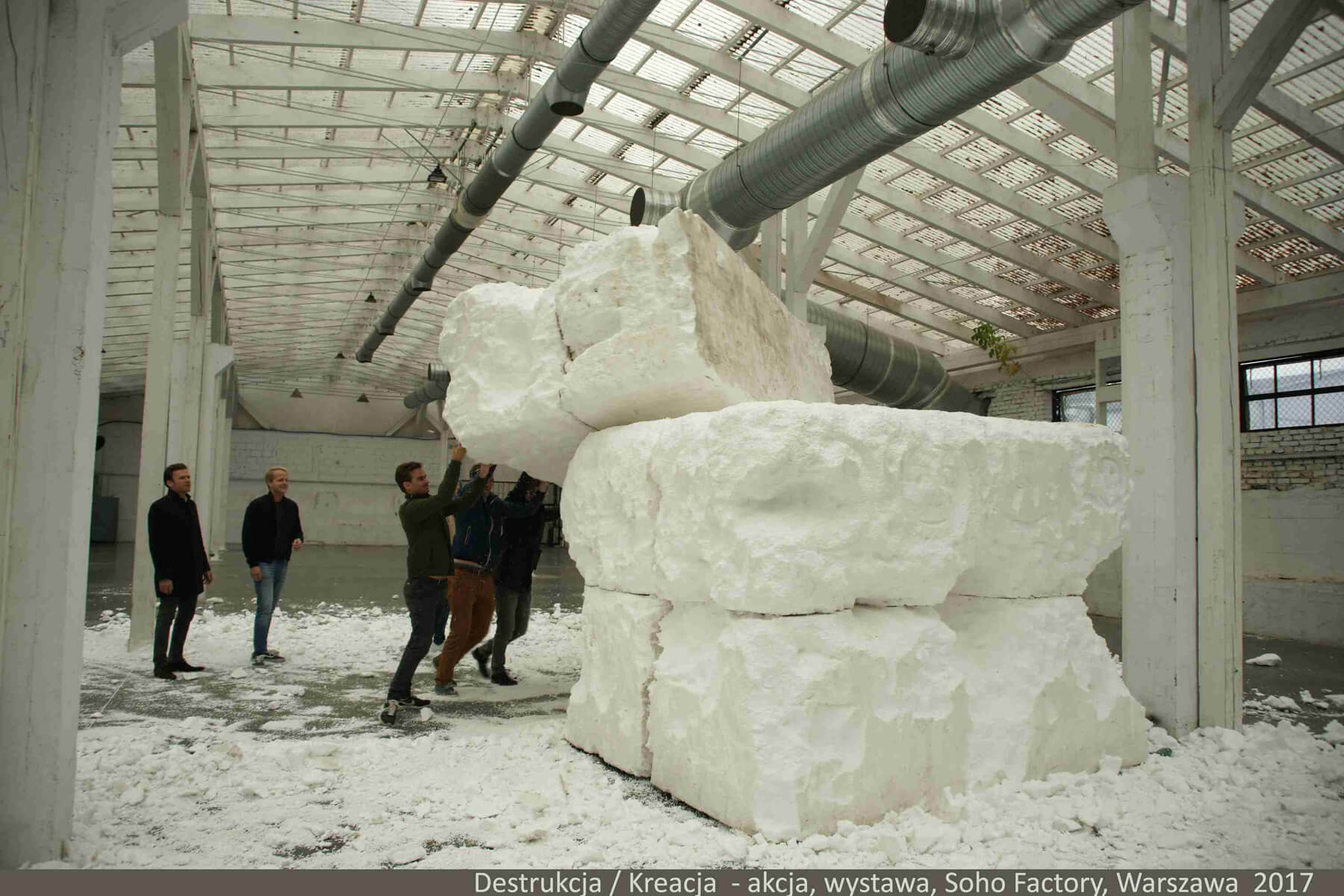 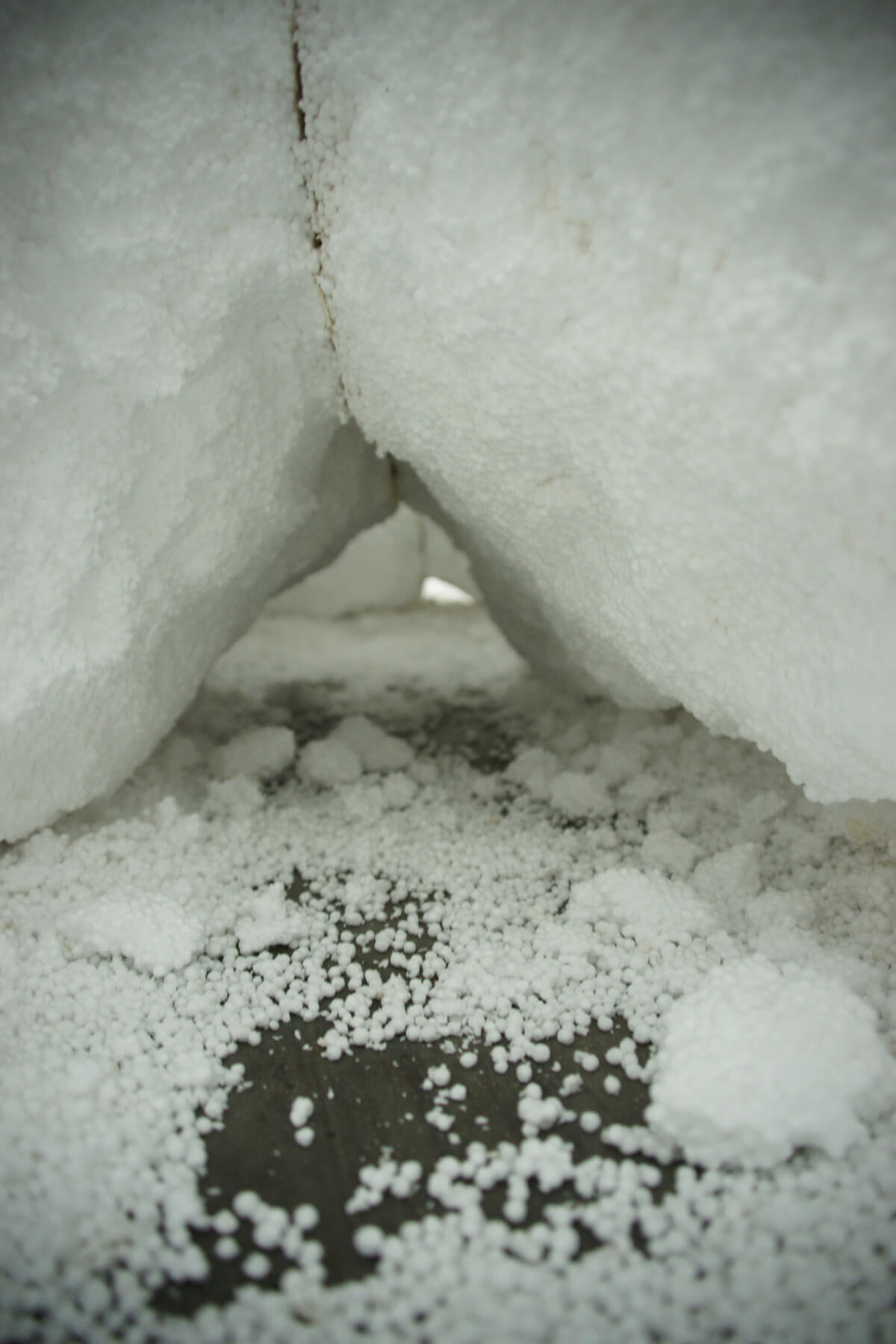 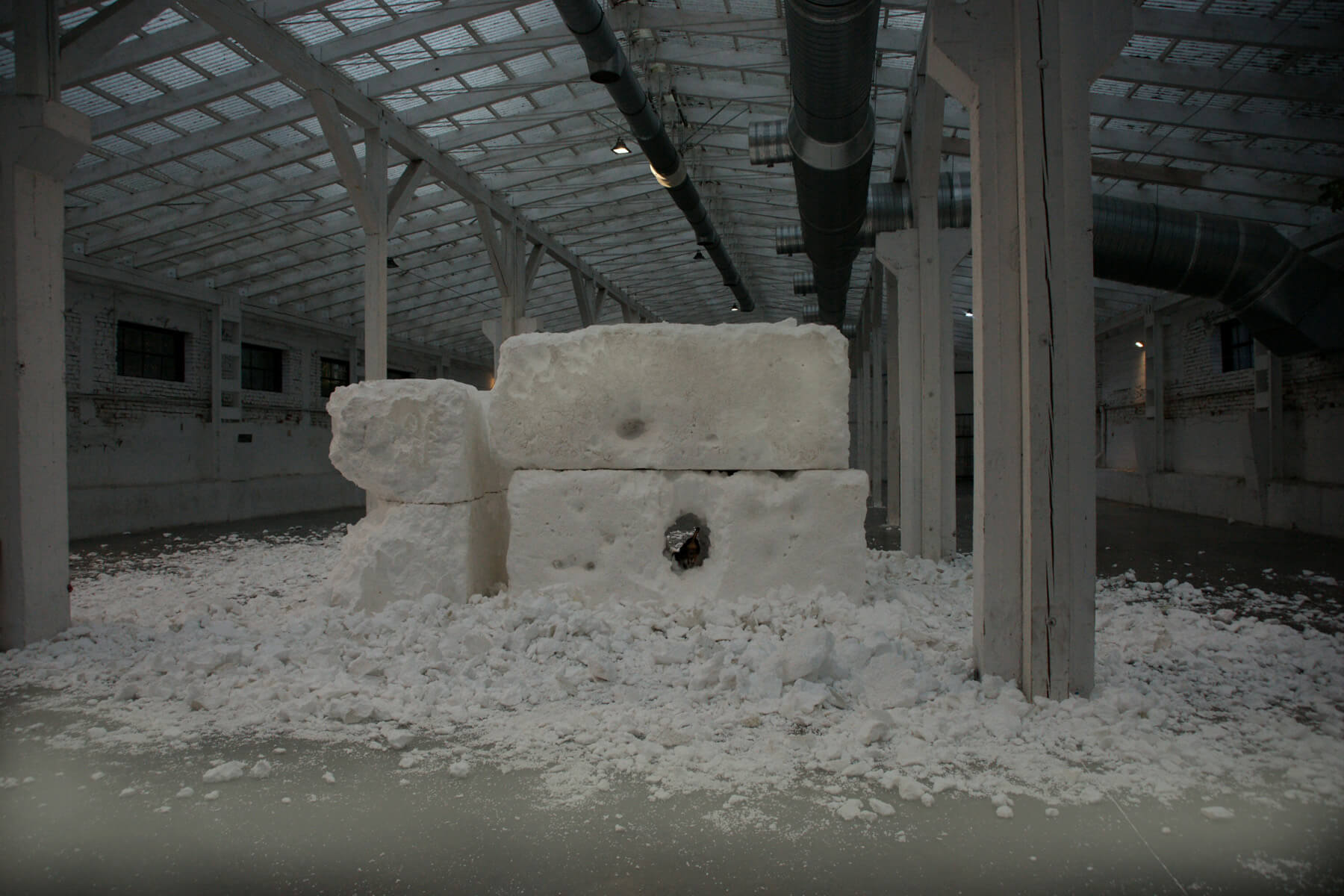 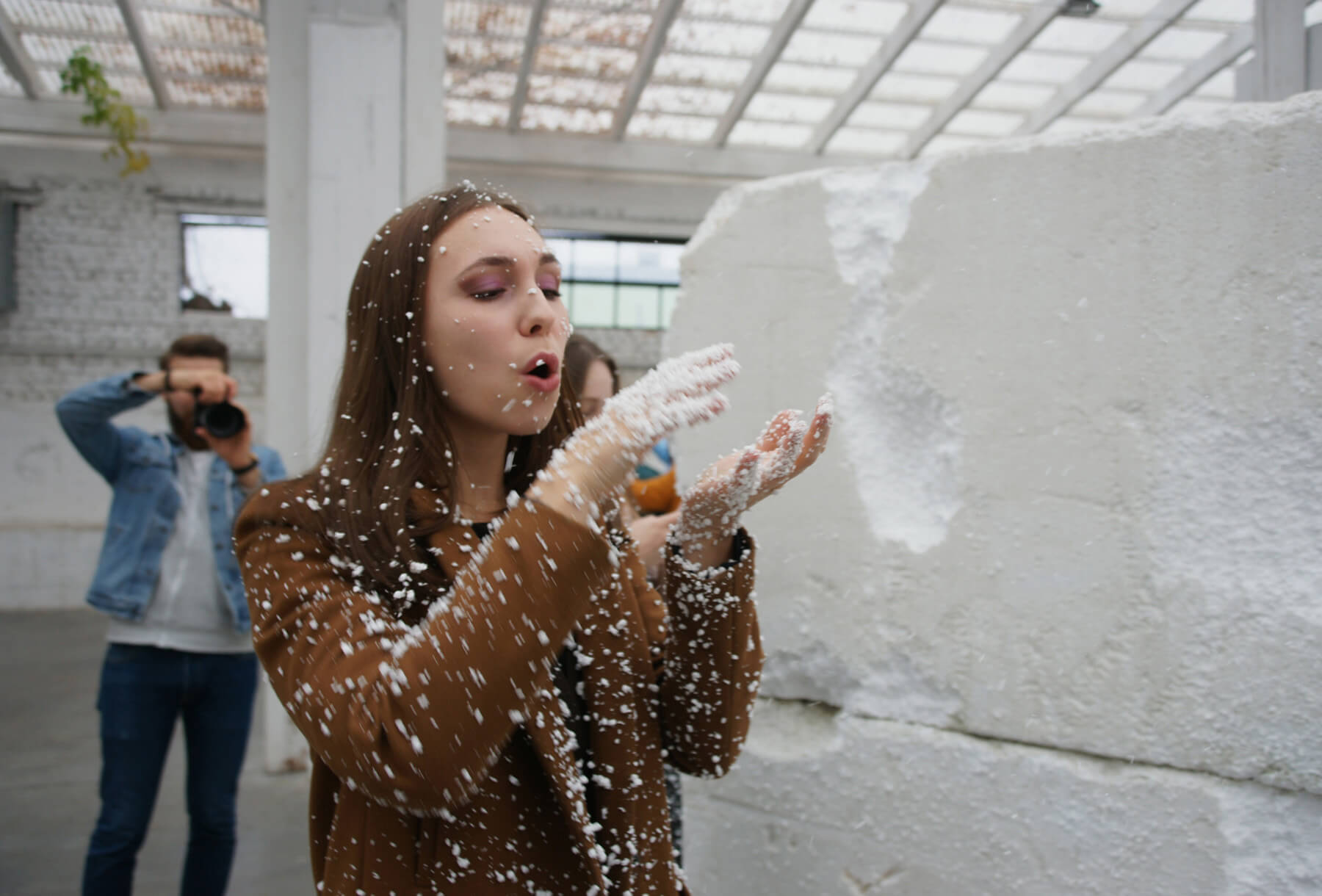 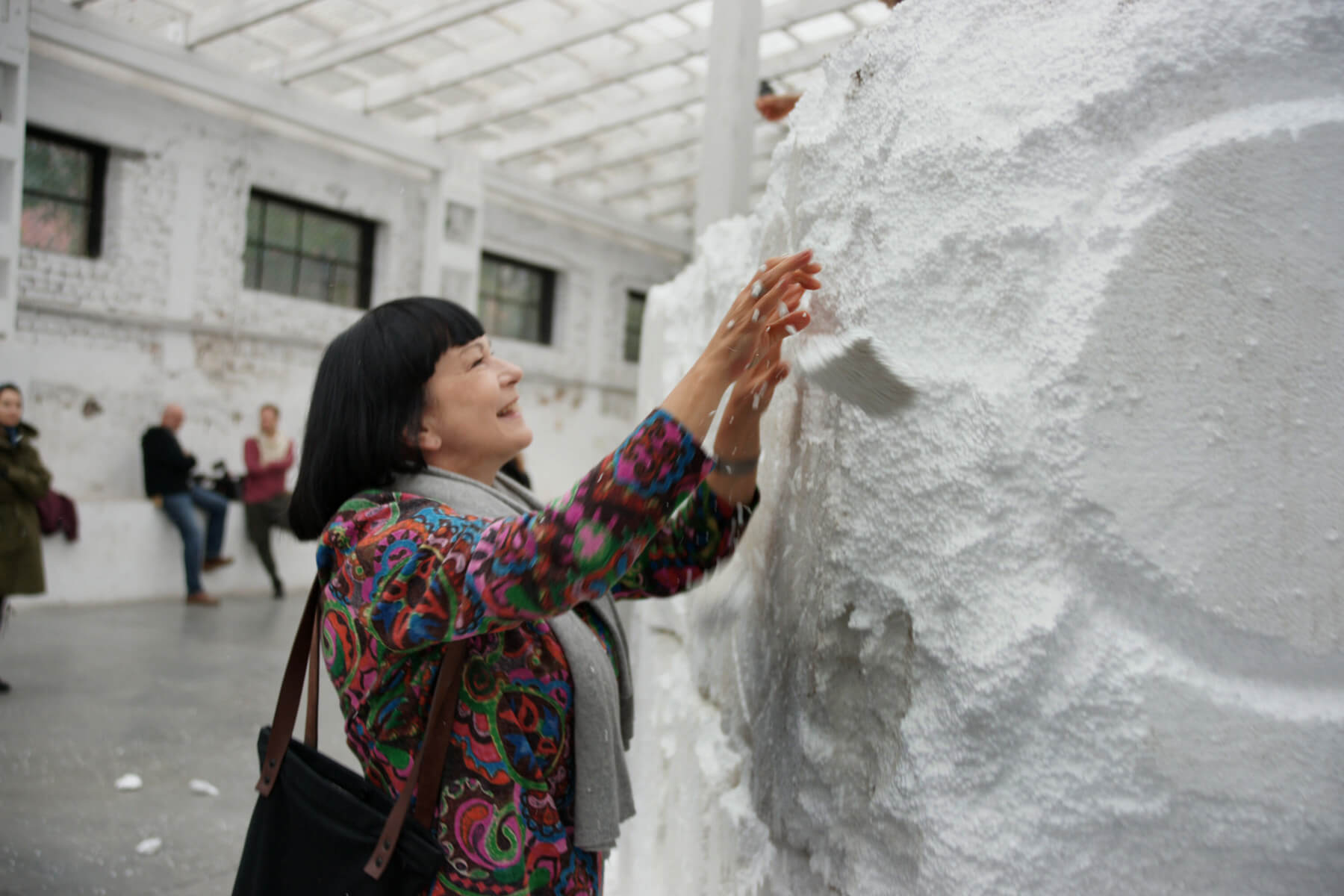 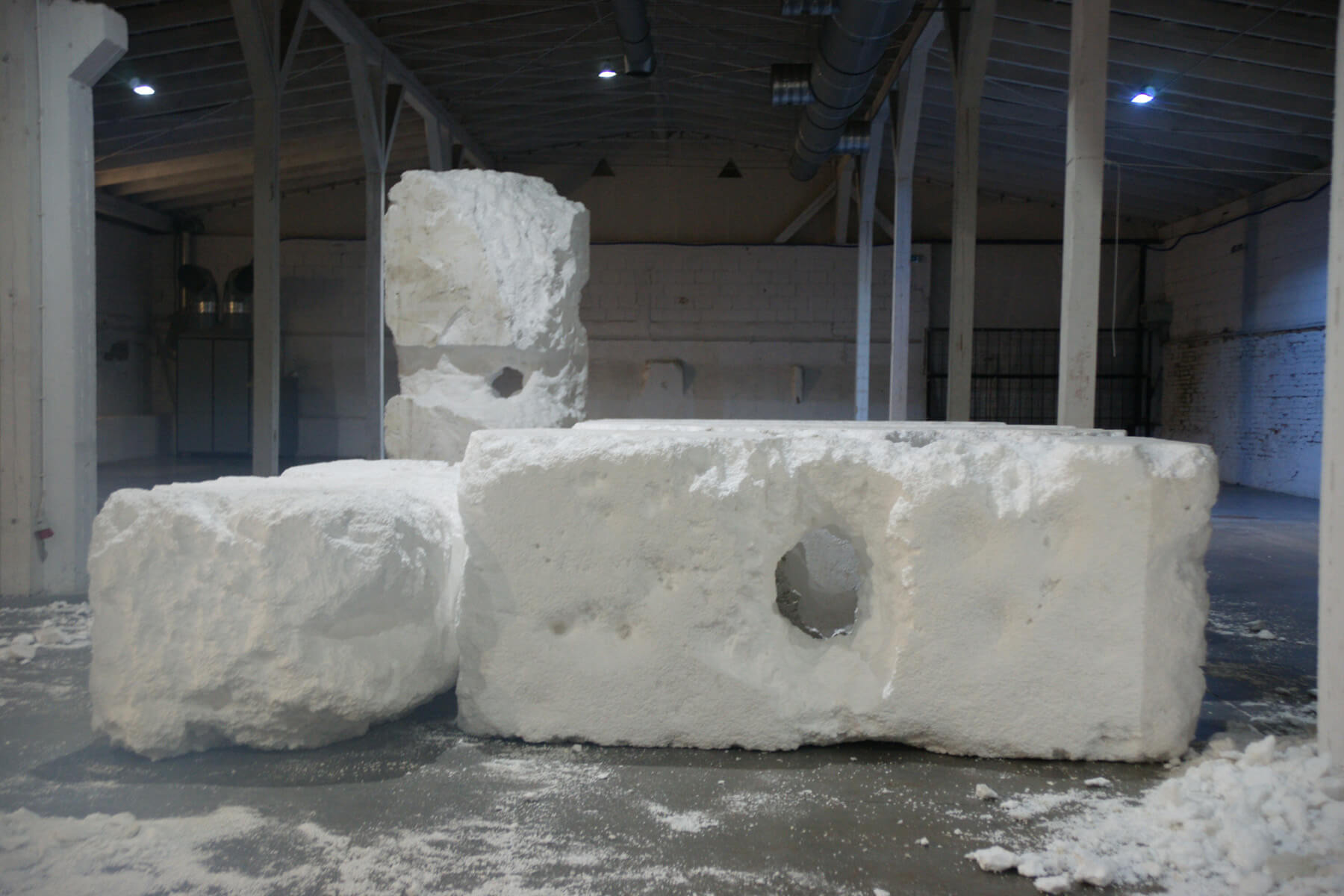 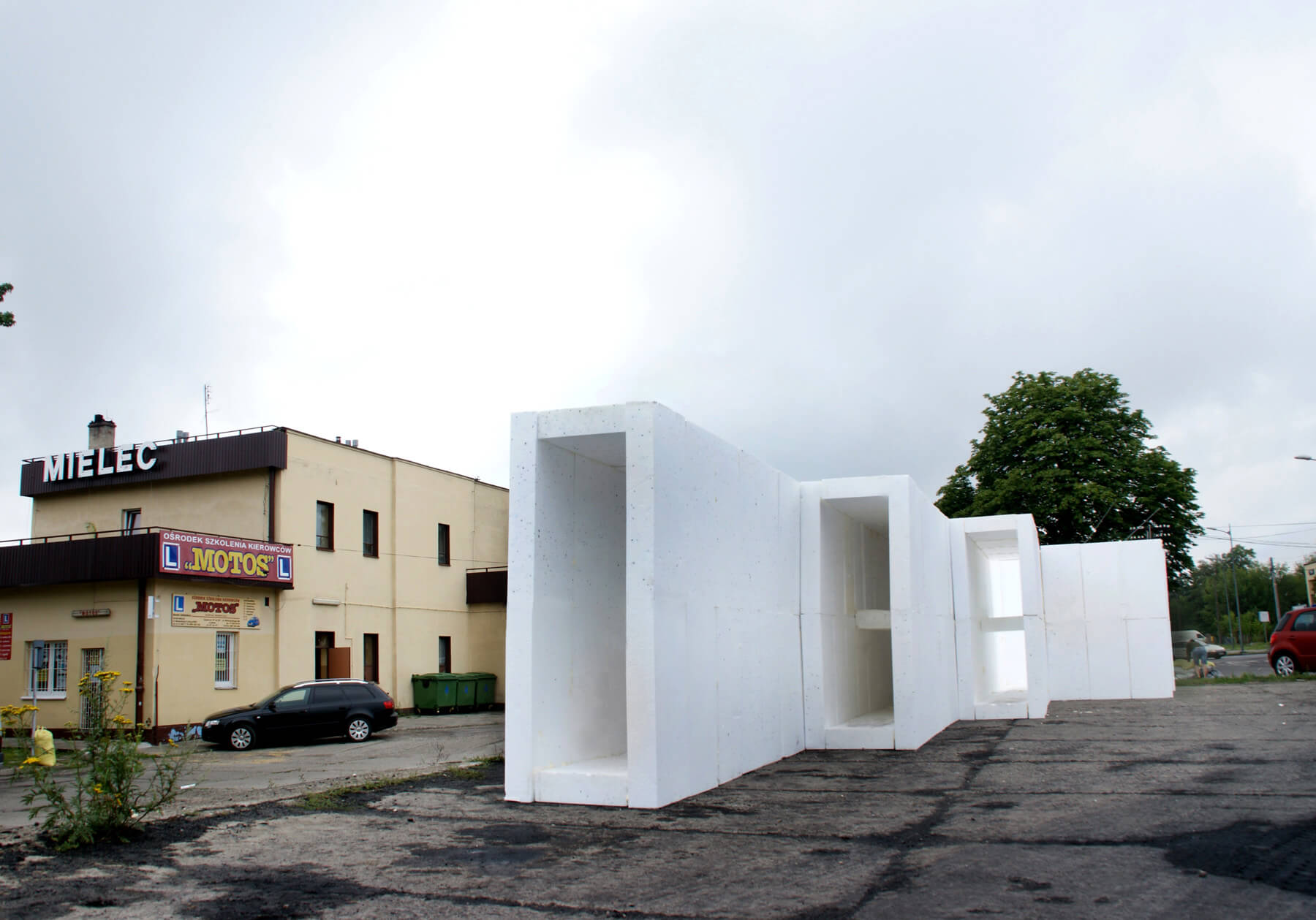 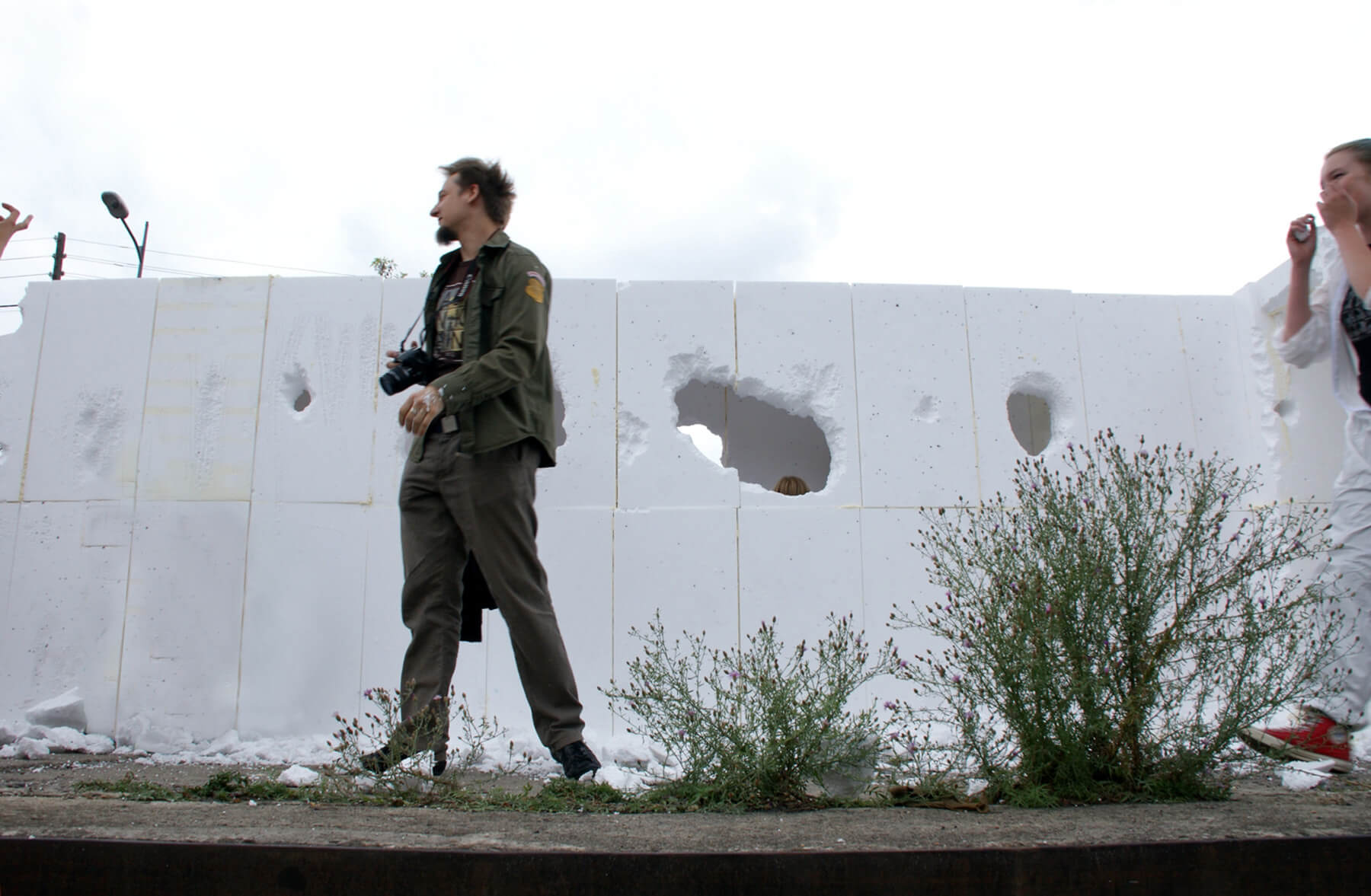 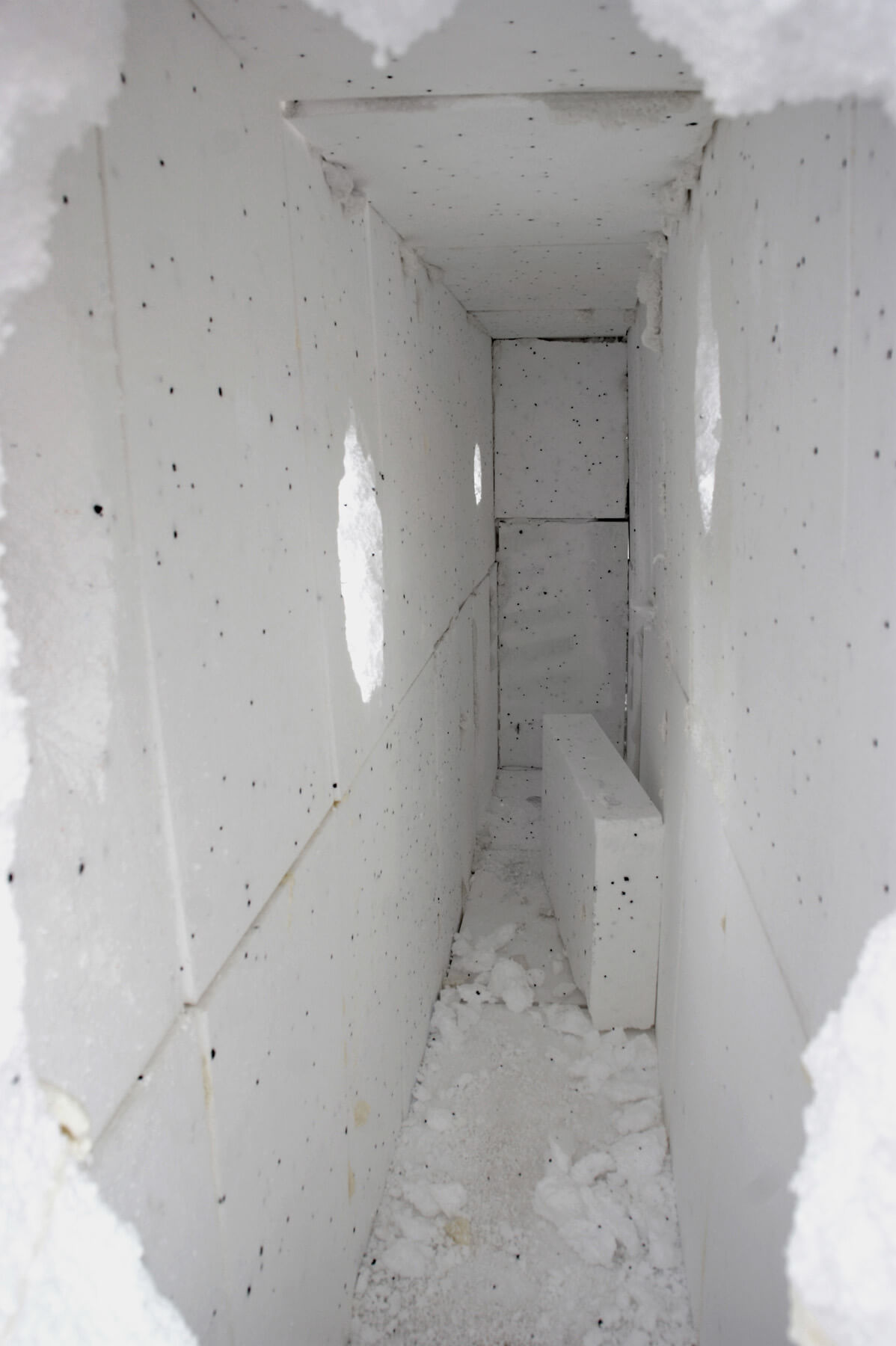 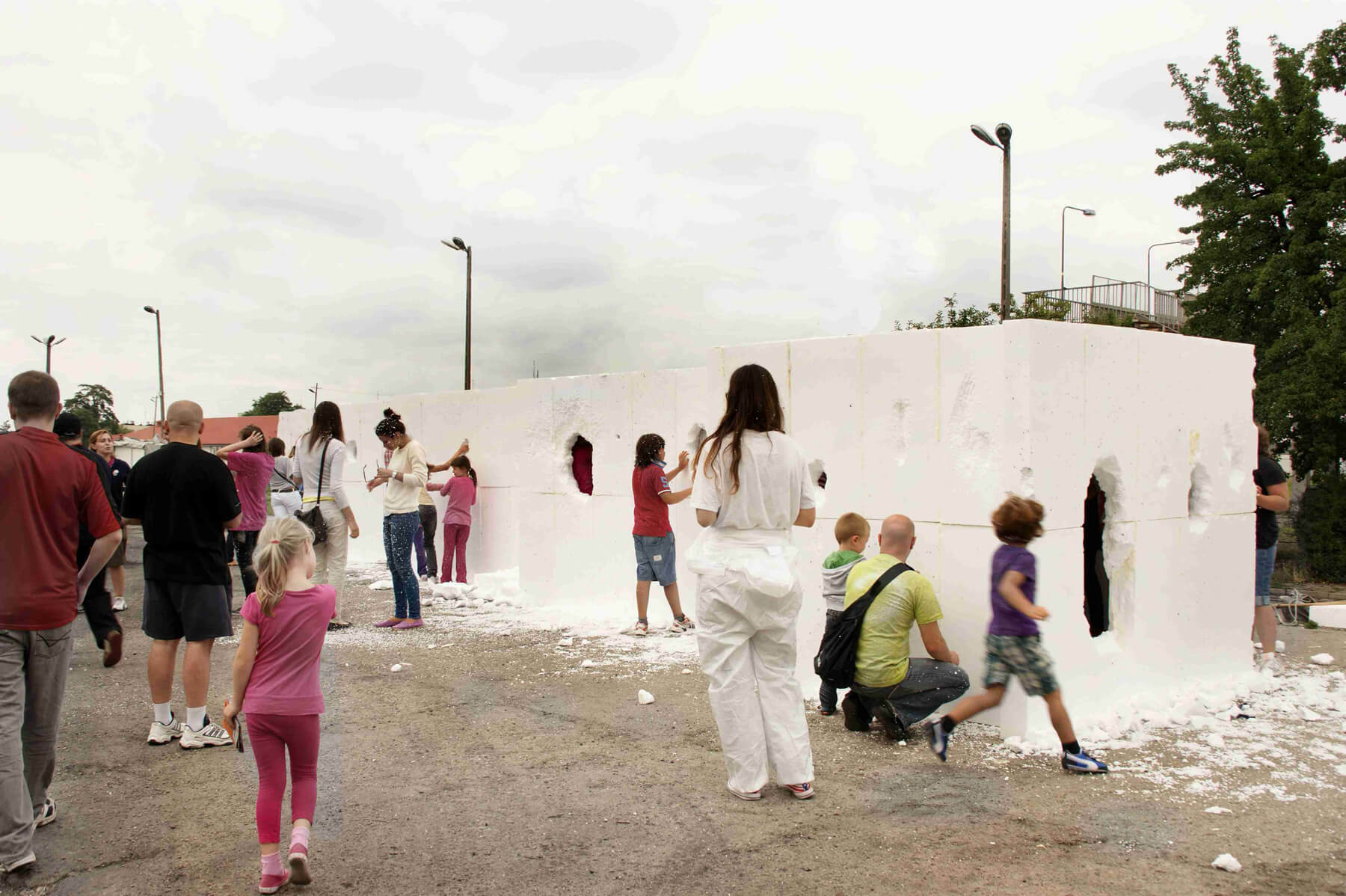 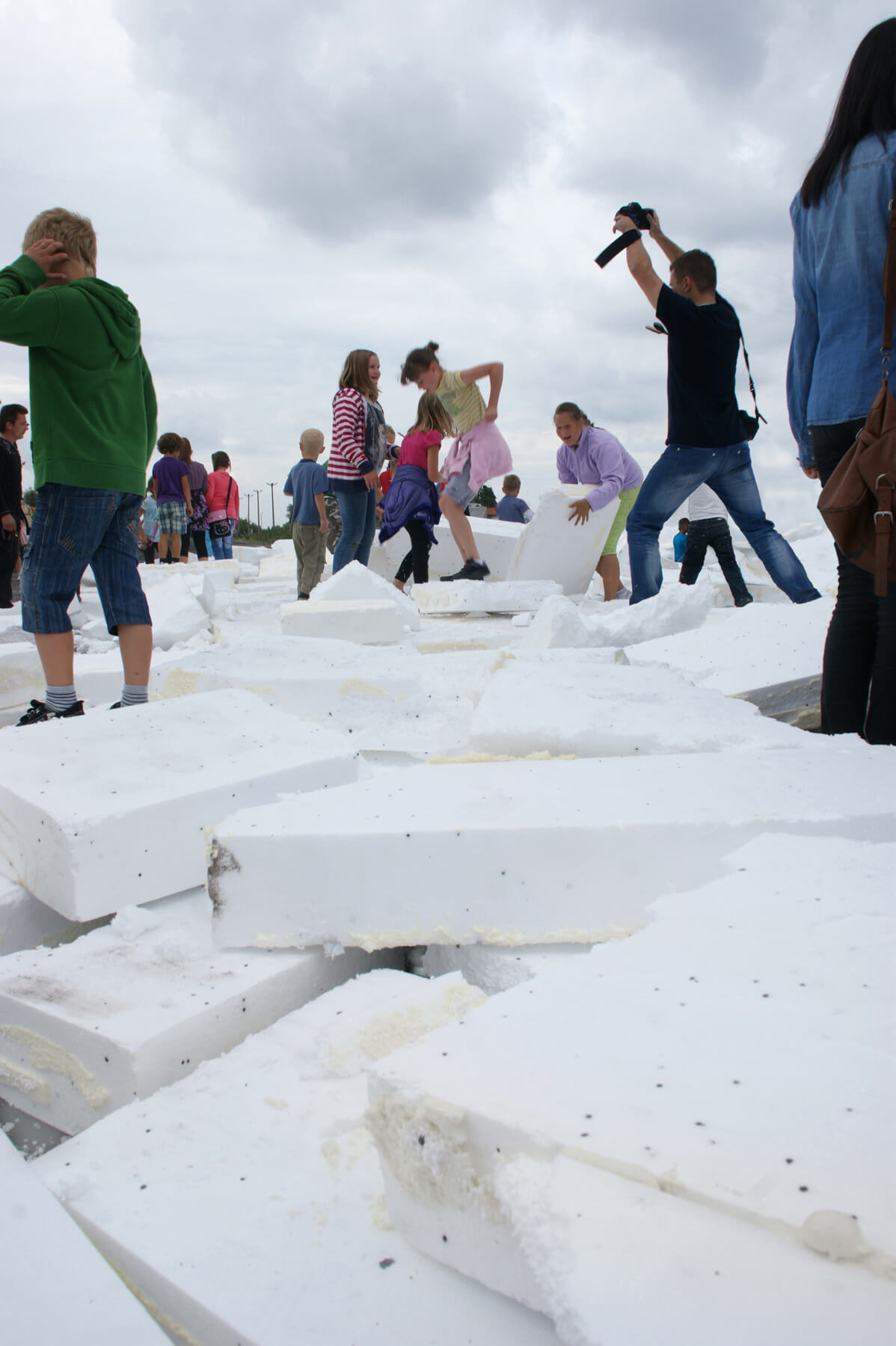 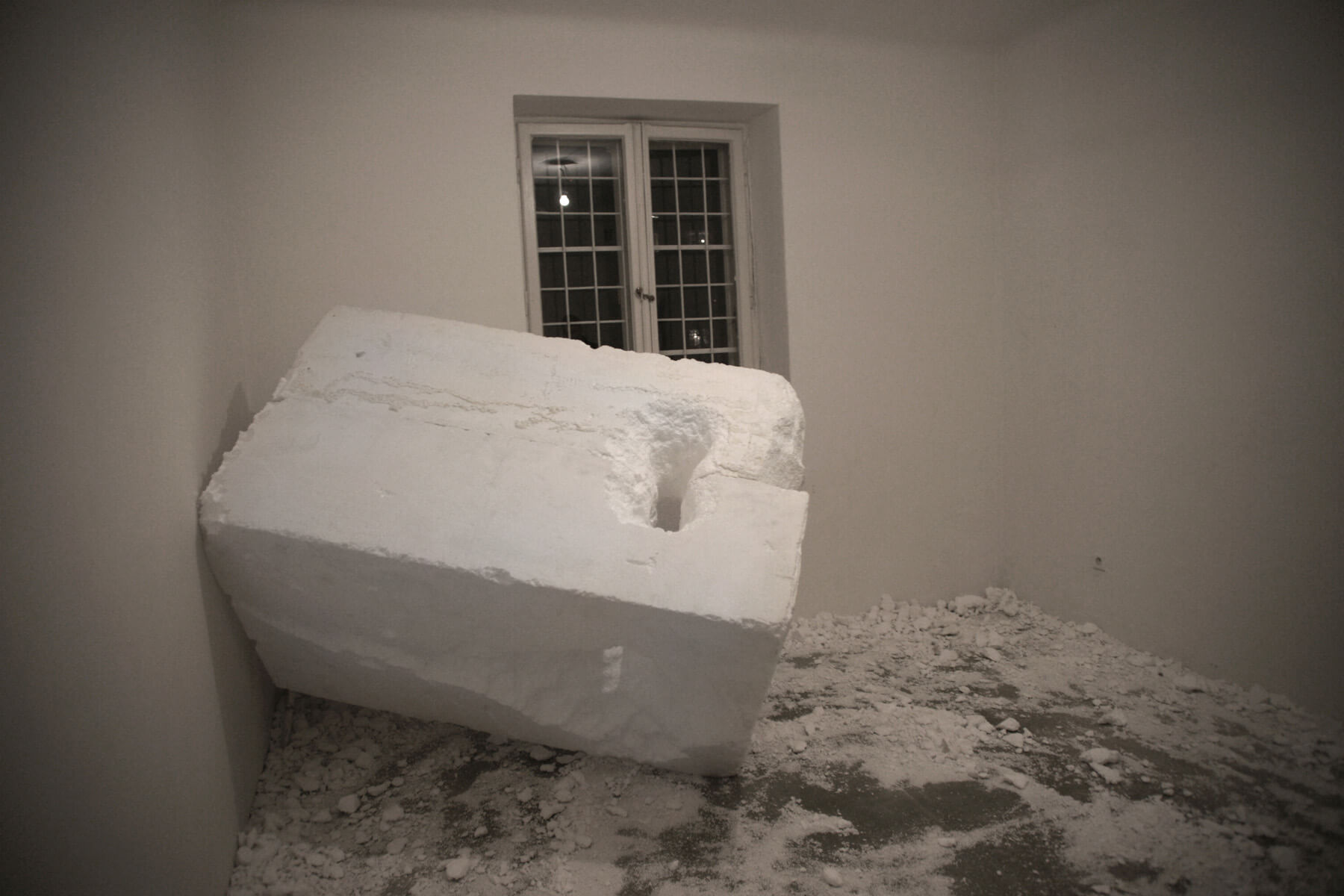 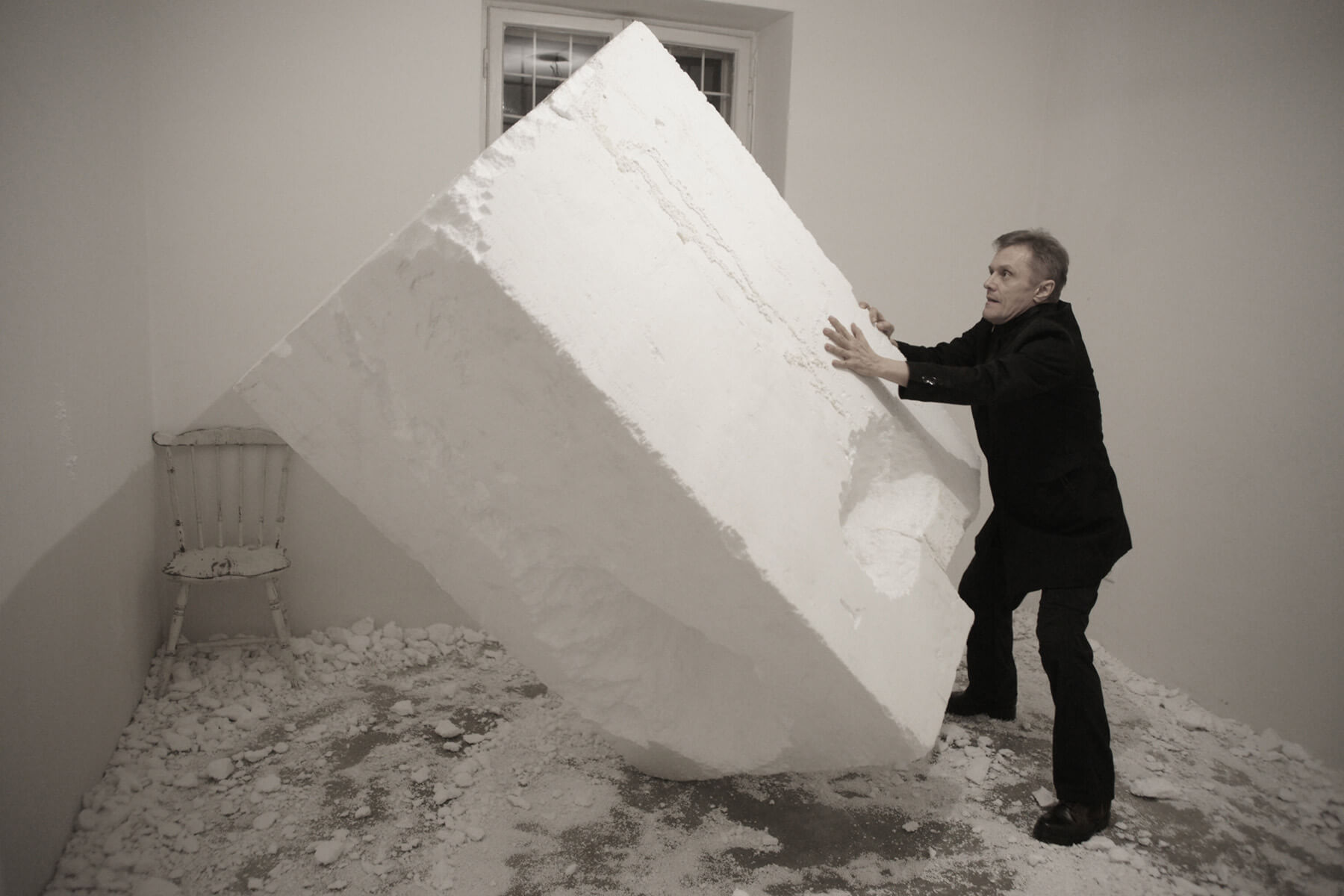 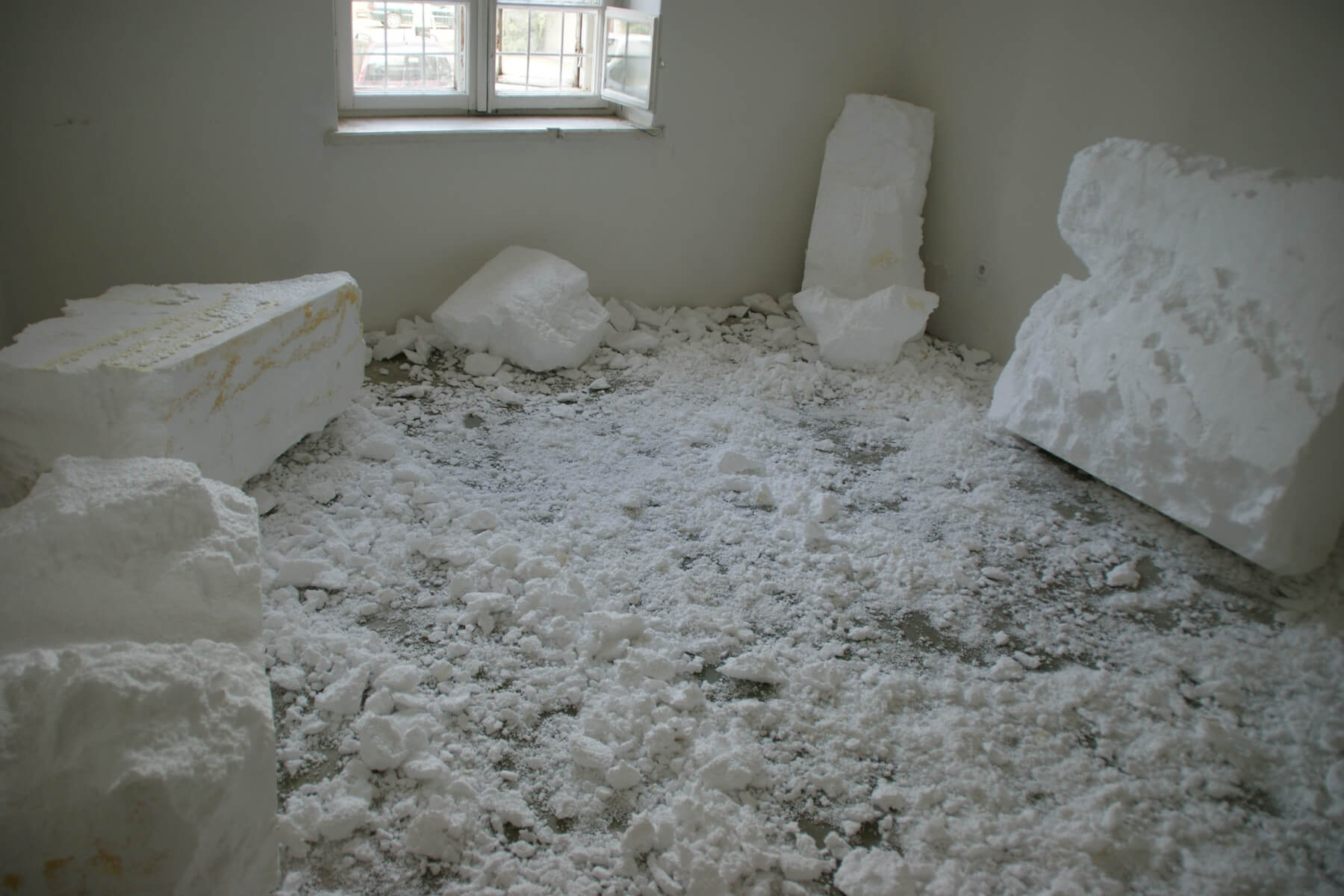 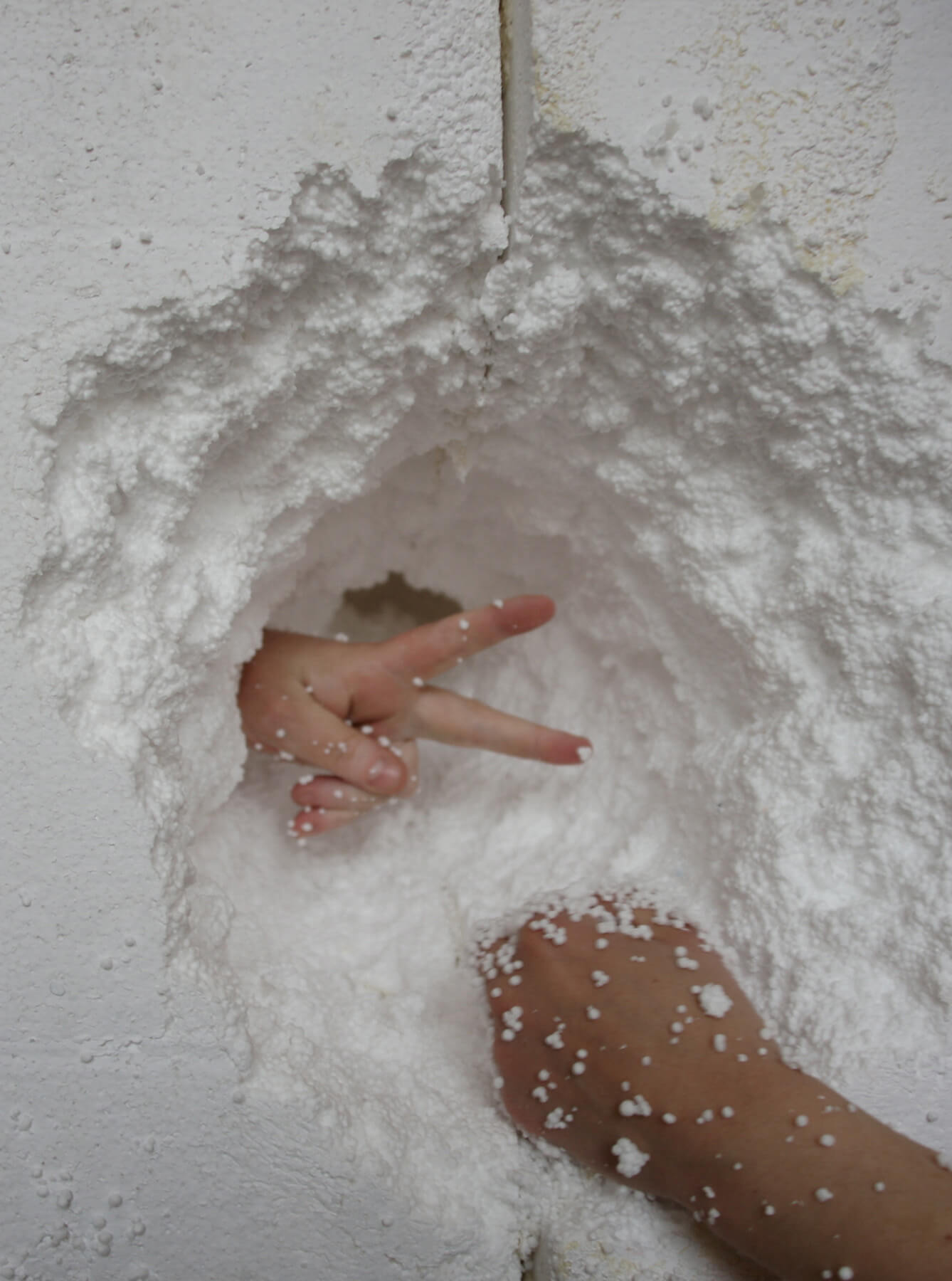 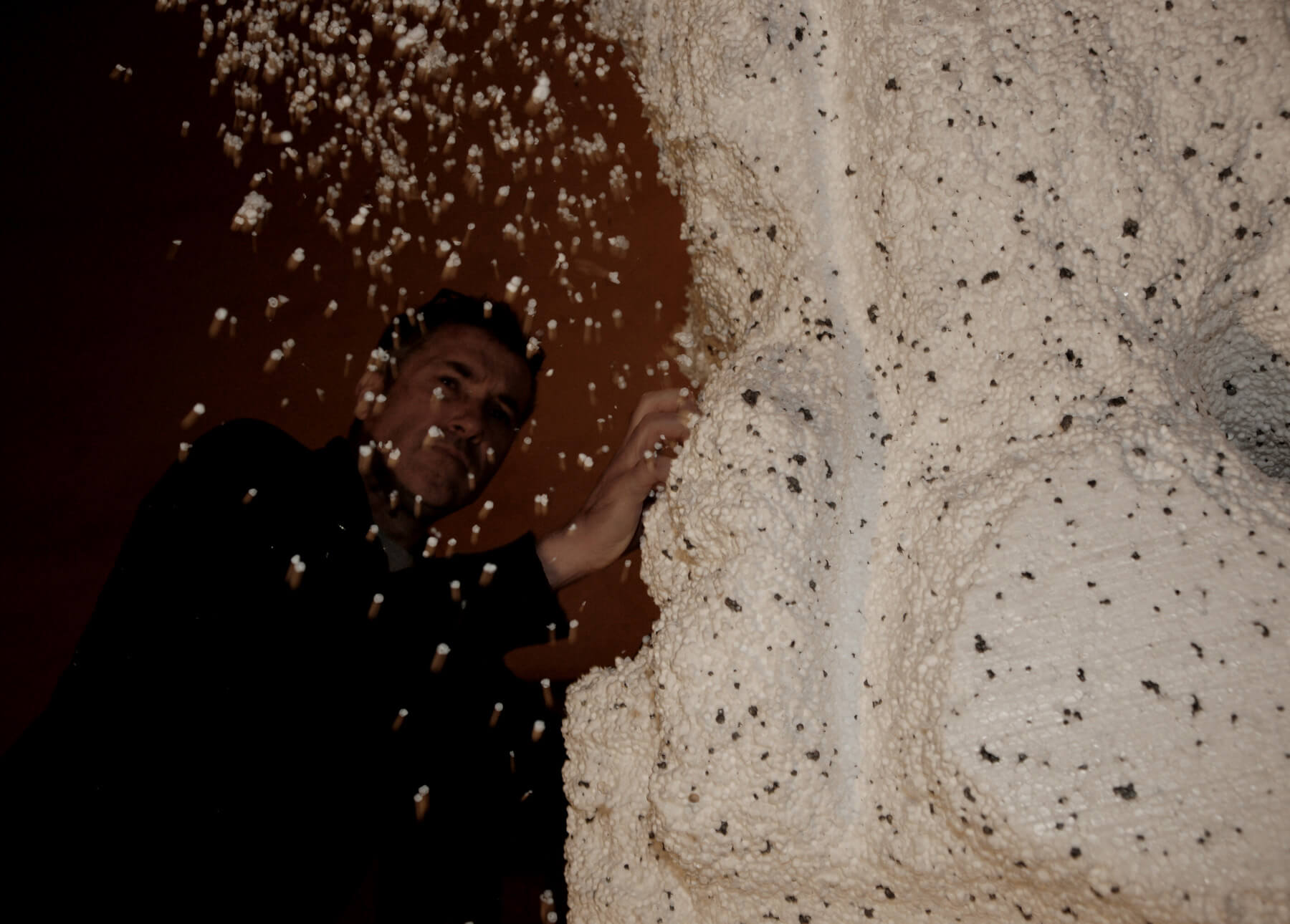 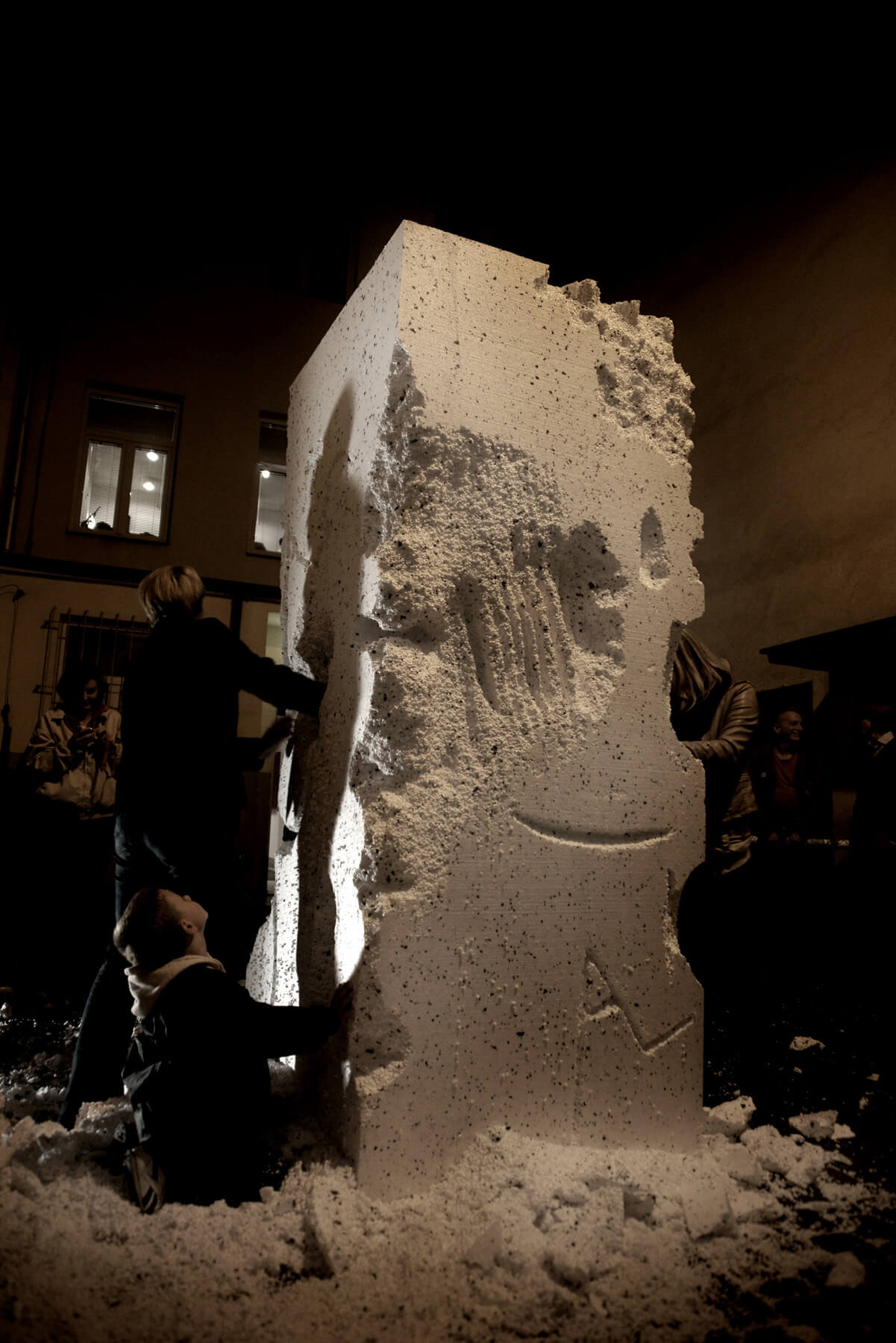 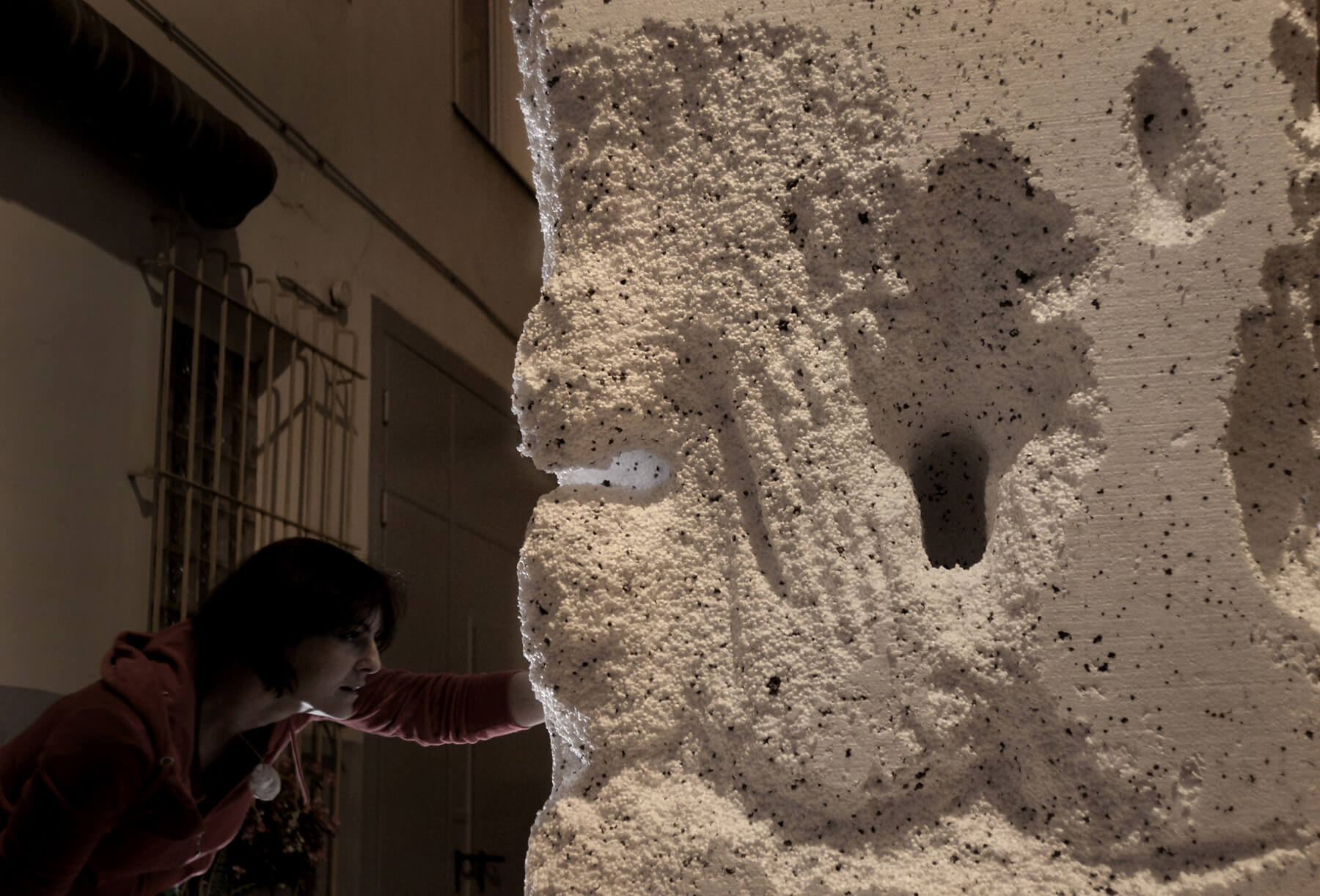 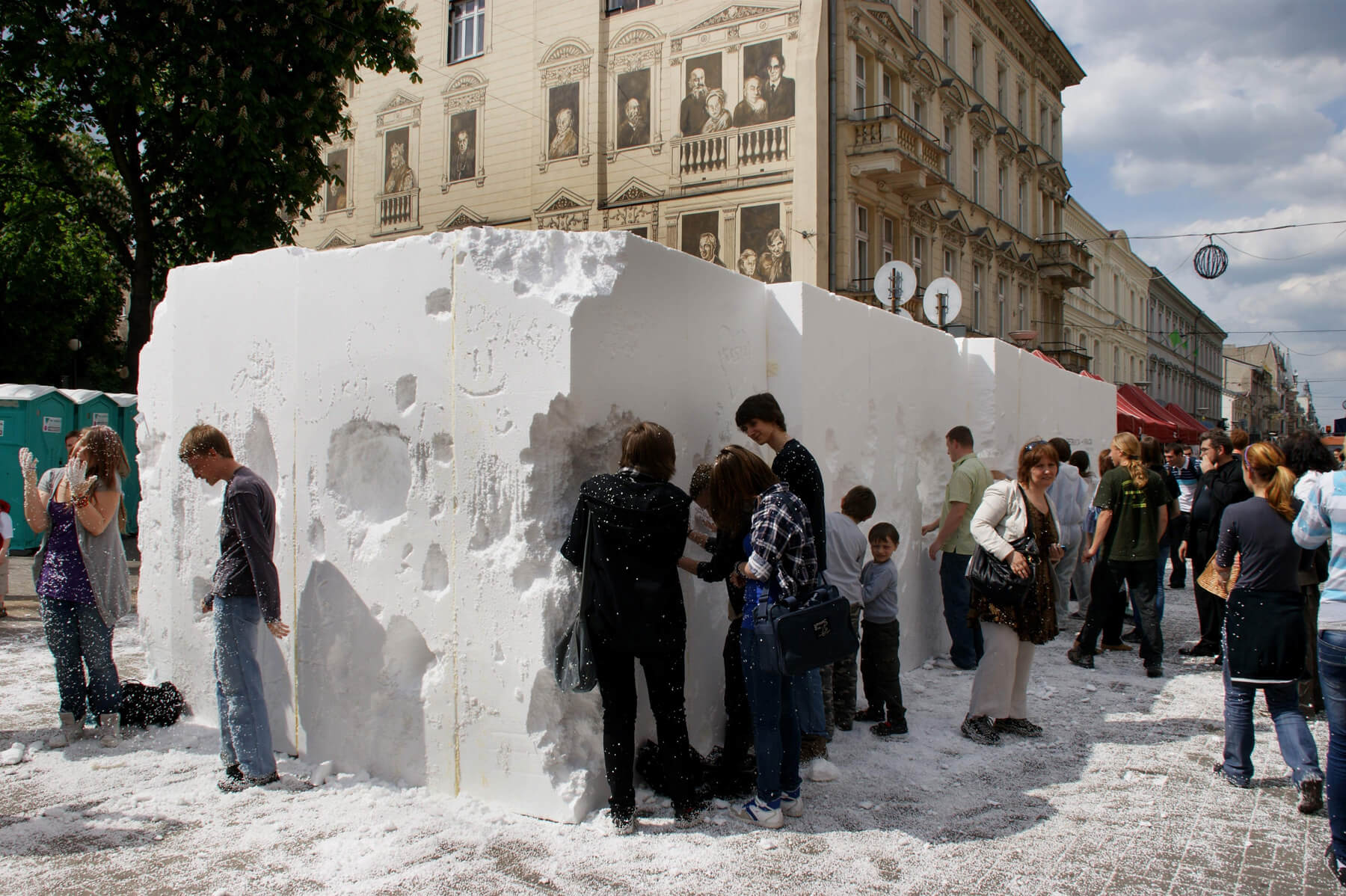 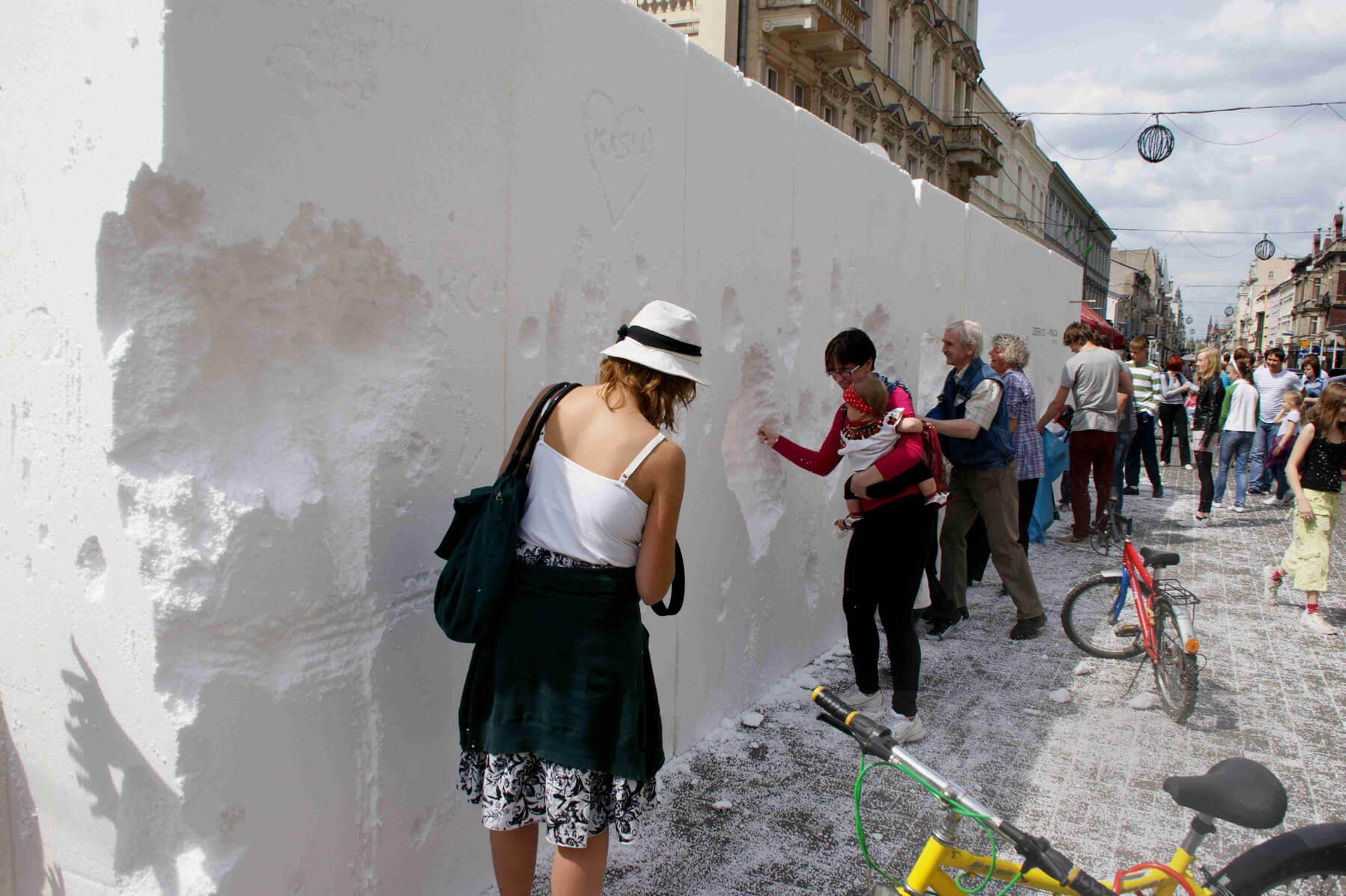 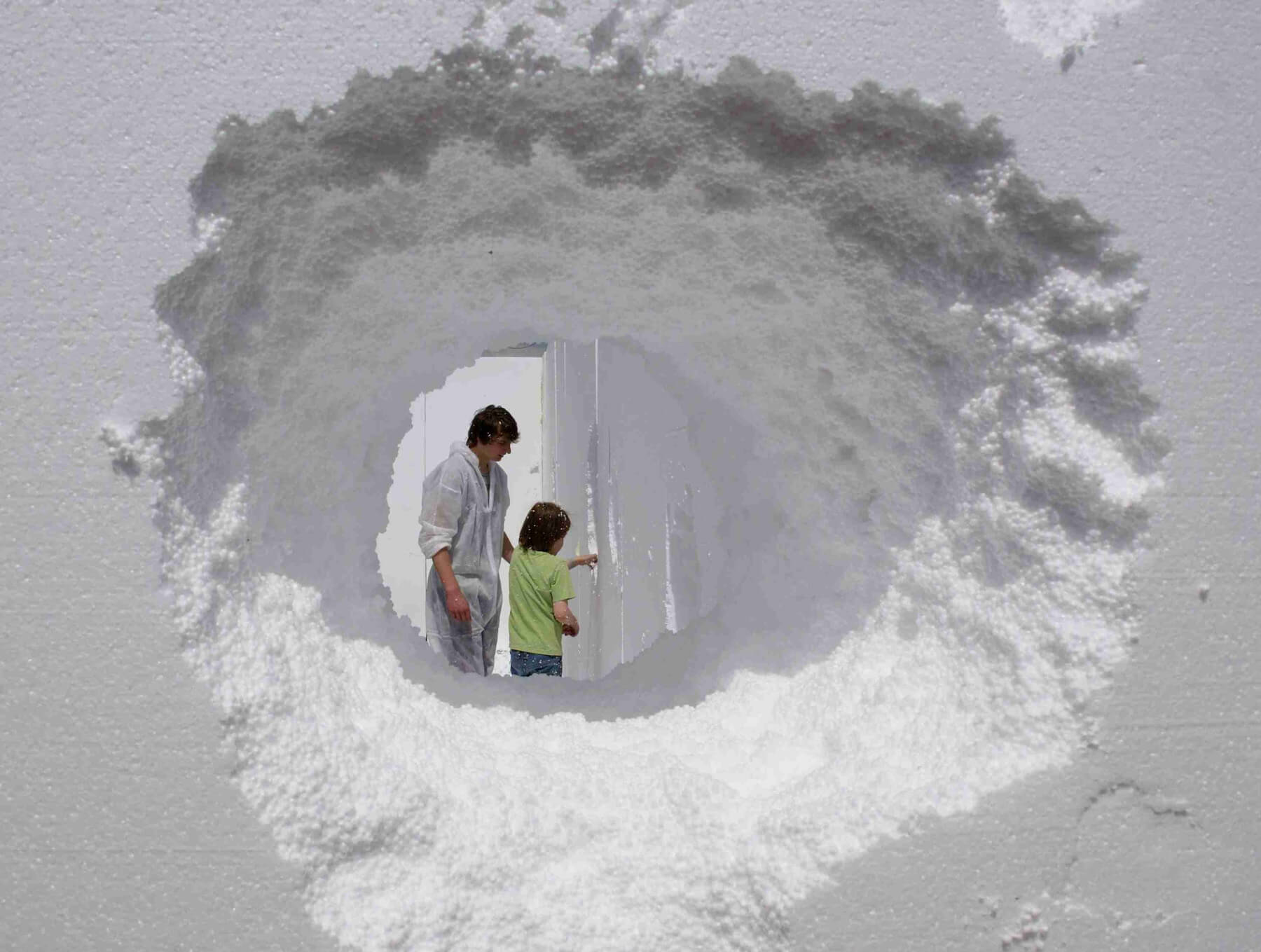 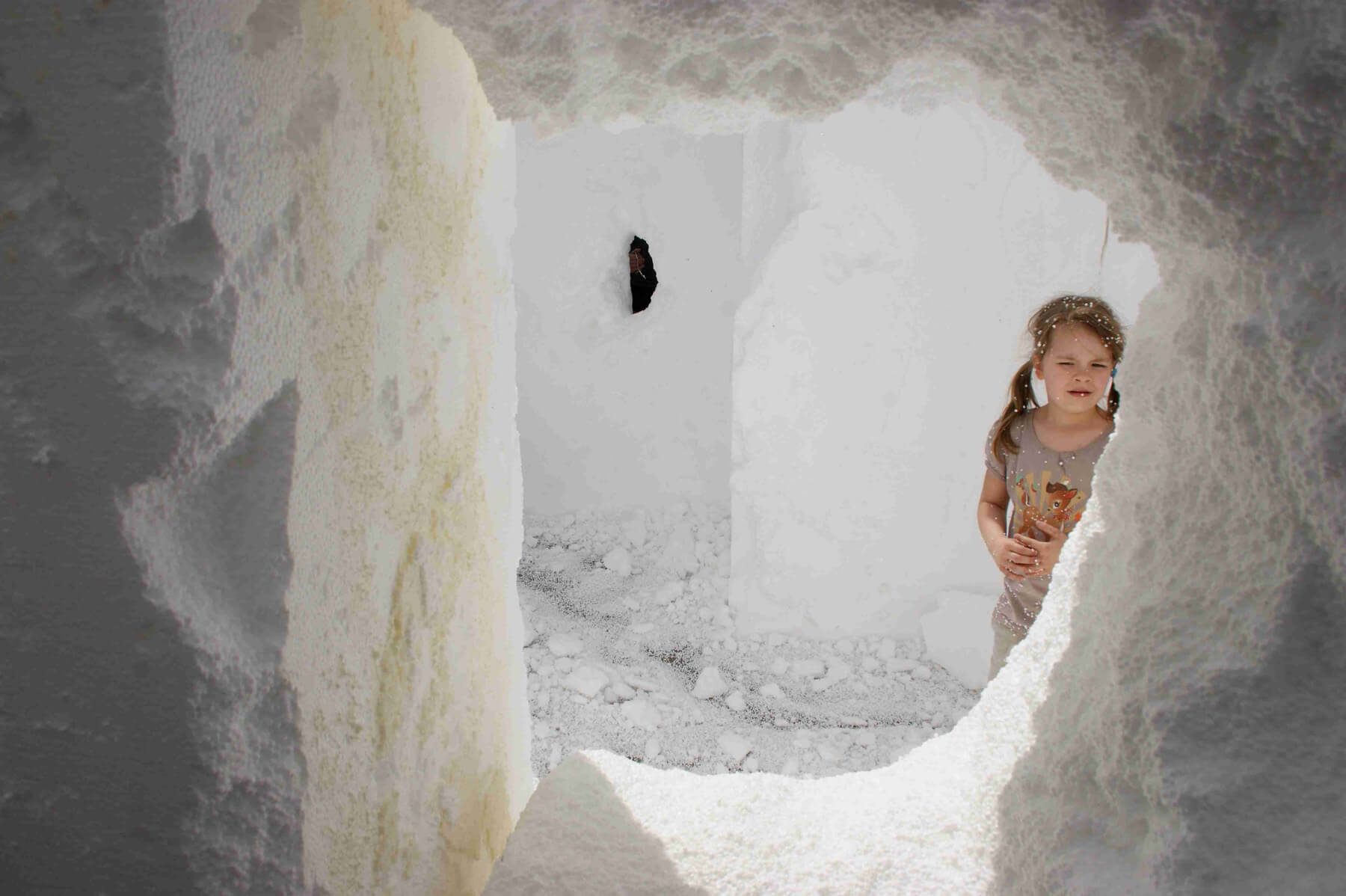 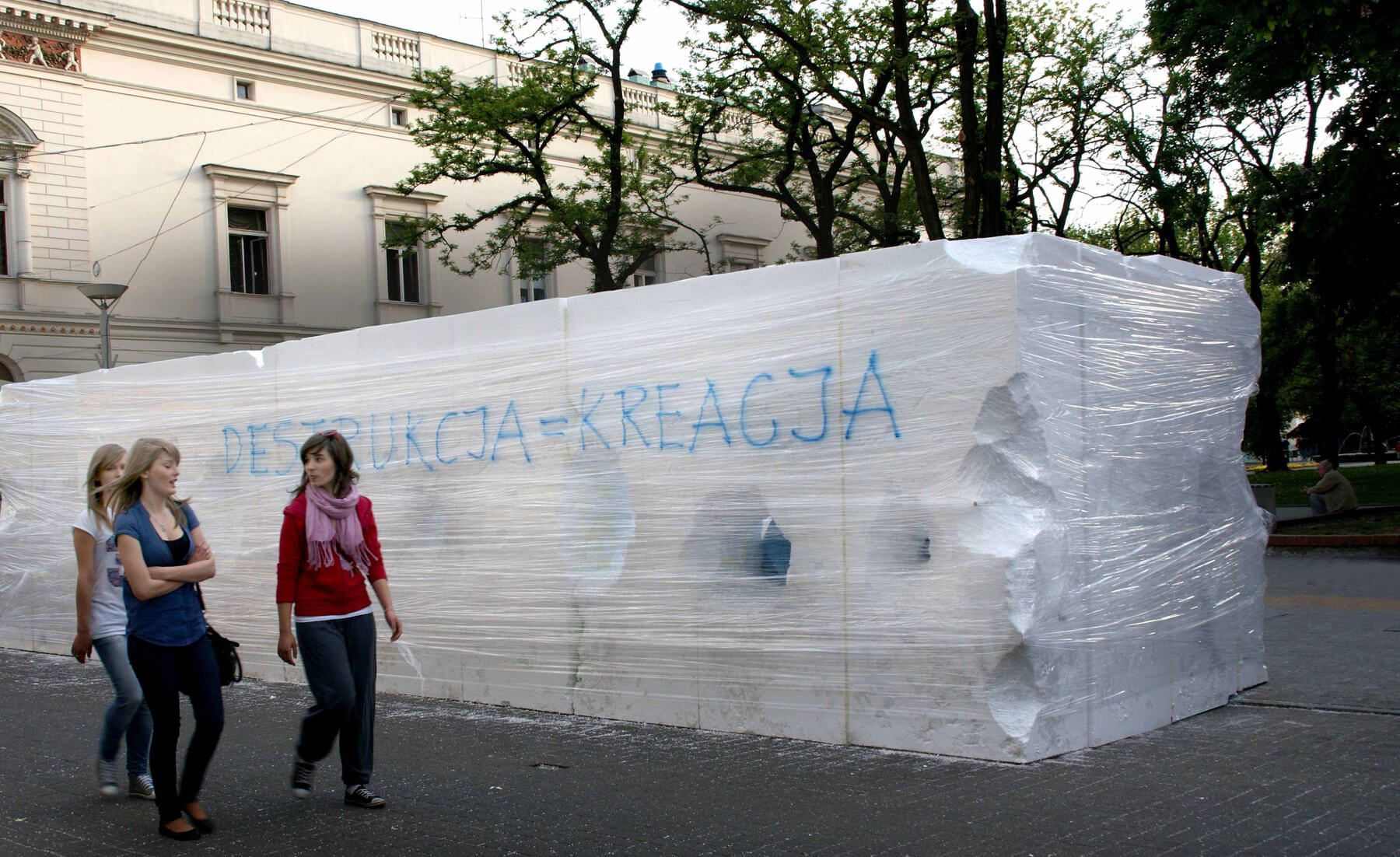 (In cooperation of European Solidarity Center and Robert Wilson) 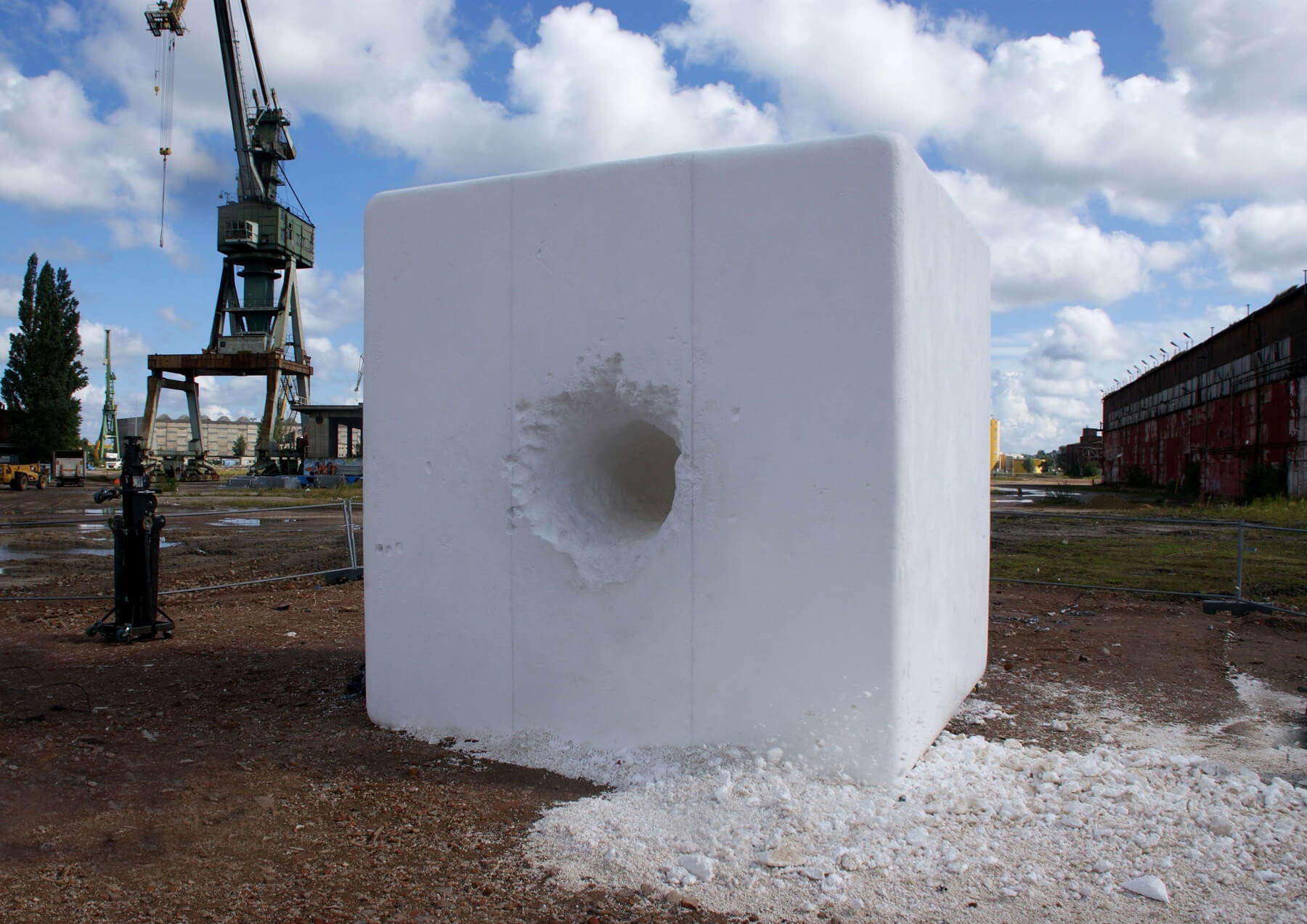 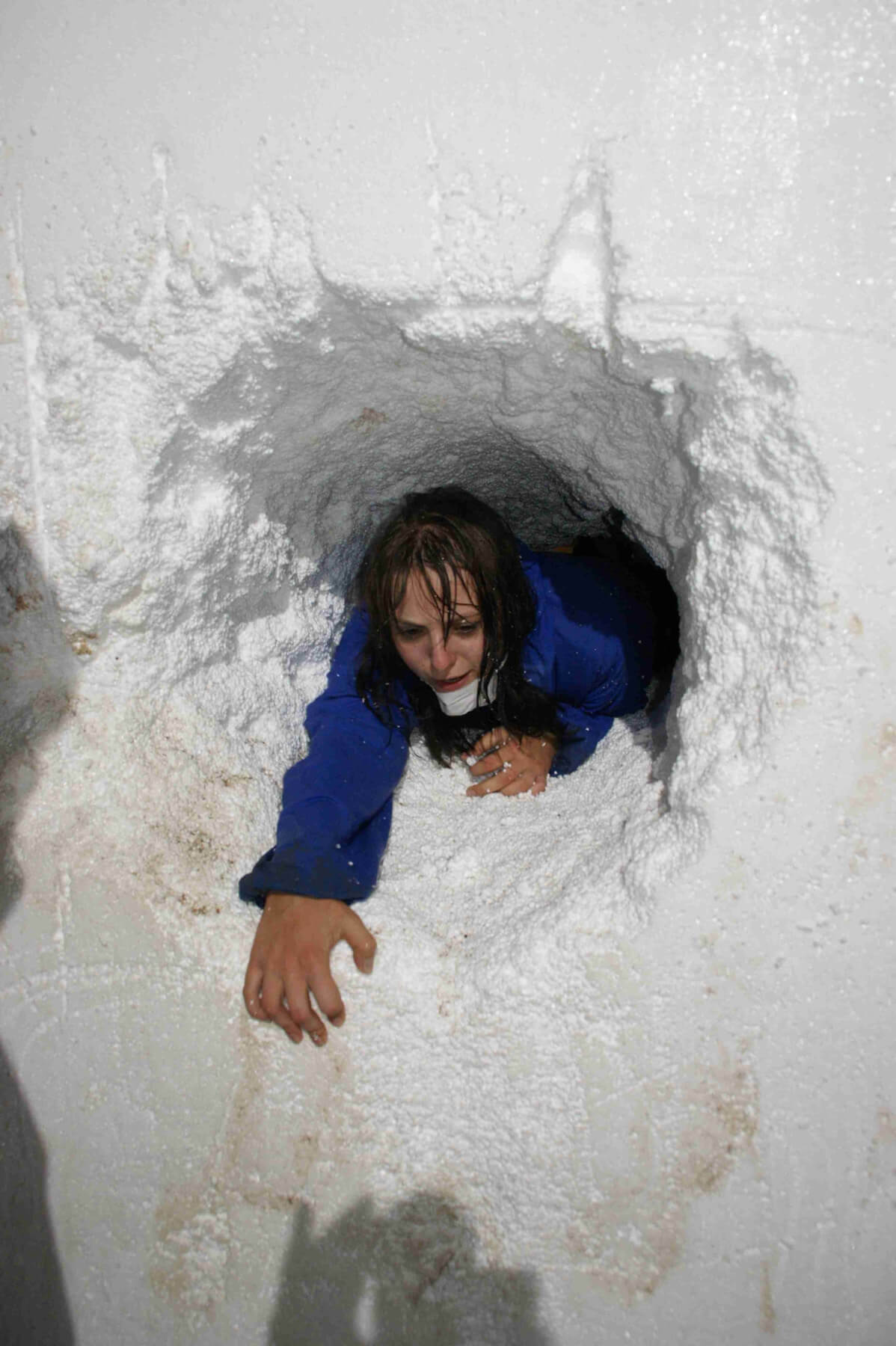 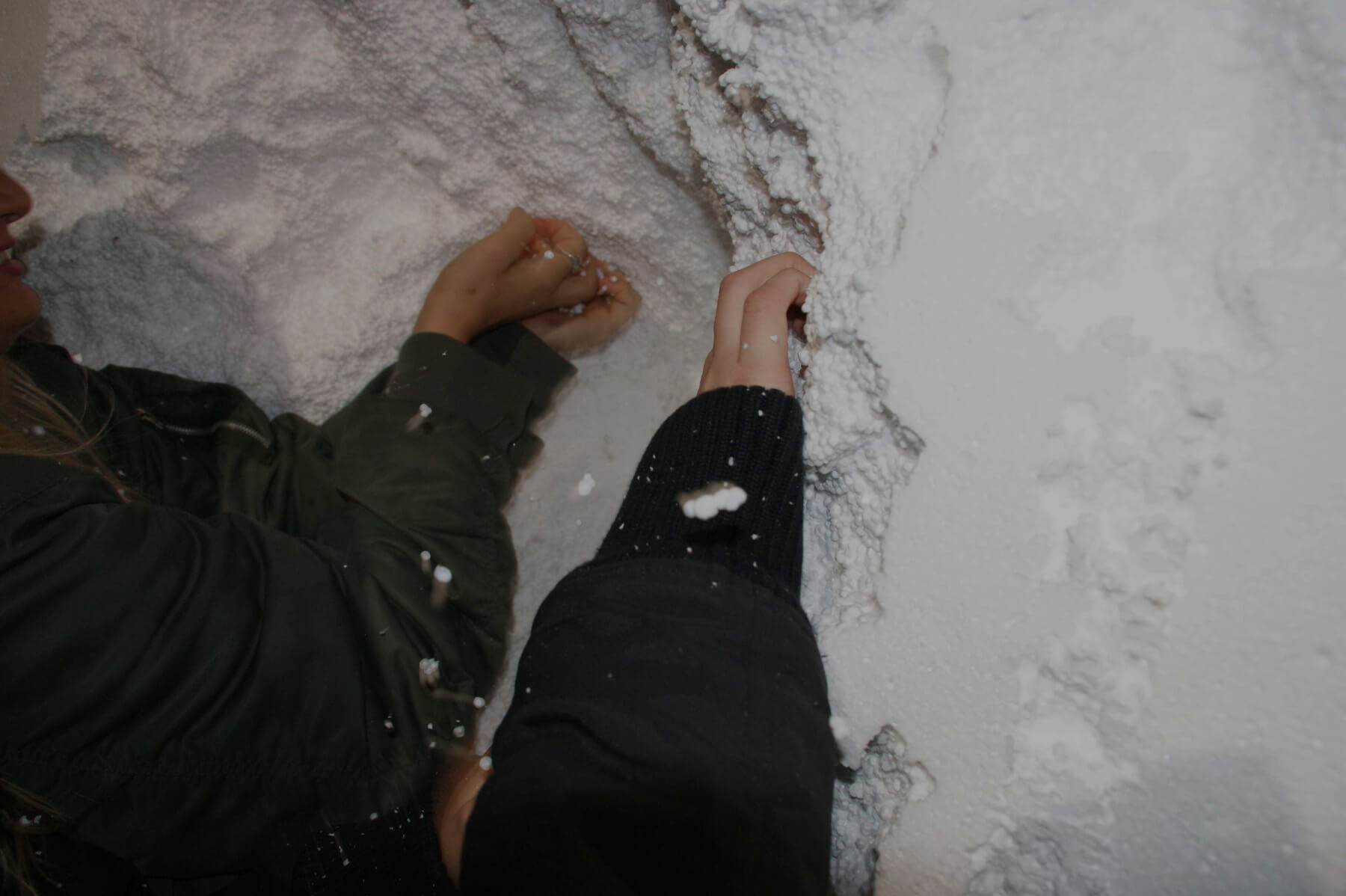 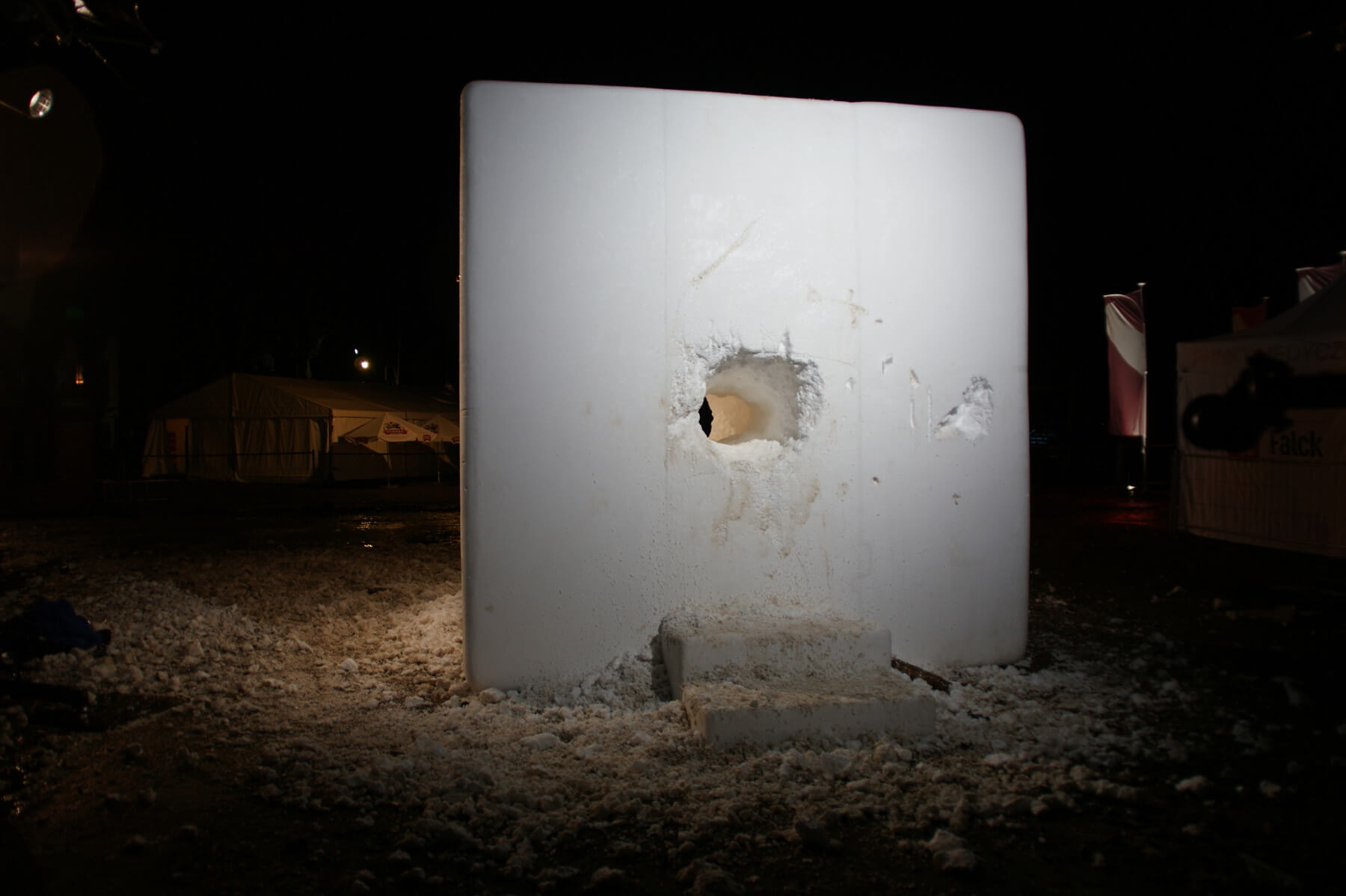